The Lancashire and Cumbria DEEP Network was founded in January 2019 and is directed and run by the team below. These are voluntary posts and we have no offices and our team are not paid for the valuable experinces they bring. Supported by DEEP and operated under their criteria since 2013 under Lancashire Dementia Voices which was established in 2012. 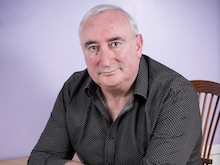 The orginal group(Lancashire dementiia voices) was founded in 2012 by *Alex Burton who was diagnosed with early onset Altzhiemers  and having walked away from the memory assessment clinic found himself alone and not sure which way to turn. Over the next 12 months it became obvious that at least in Lancashire no post diagnostic support was available. In 2018 he has created  an additional new network covering all of Lancashire and Cumbria. His hope is despite his condition, a comprehensive list in the form of a booklet of local support groups large and small can be found at local GP's, pharmacies and other Health care providers to at least identify different activities but at local level and not some faceless national organisation or charity who makes lots of donated money but rarely finds it way to local support groups.

Alex has previously worked as an engineering consultant with his own business with the MOD(defence research) also engineering experience in a robotic setting working with De-Puy International designing and developing the first artficial hip implant  wear testing system. As a volunteer with Macmillan Cancer Support he helped produce written information for carers as well as presenting at various events nationally also working with the NHS clinical Networks, Dying matters organisation, NHS Leadership Academy acting as advisor in all these any many more organisations. He has also presented at Westminster on the dementia care strategy both for National Palliative Care organisation and again represented Macmillan Cancer Support also at parliament.

"I am passionate about trying to help people with dementia and friends and family knowing first hand the difficulties people face, we deserve better!" 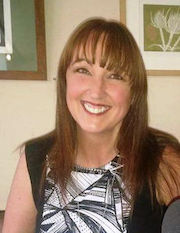 Originally a science teacher, Penny became interested in Alzheimer's after her grandparents developed the disorder. She was given the opportunity to undertake a PhD at Lancaster University, and afterwards continued her research into the biochemistry of Alzheimer's and other neurodegenerative conditions.

​Penny has an extensive record of community involvement, giving regular talks on Alzheimer’s, Parkinson’s and dementia to interested groups. She recently founded Lancaster University’s ‘Defying Dementia’ campaign, to raise awareness of dementia, and to raise funds towards a compound developed at Lancaster, that has the potential to halt the progression of Alzheimer’s disease.

​Having recently left the University’s research environment, she is now part of North West based MAC Clinical Research, with the ambition of progressing the Lancaster drug towards human Clinical Trials and beyond! 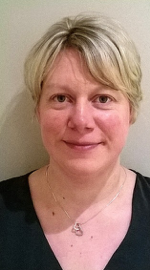 I have worked in the voluntary sector supporting people living with dementia and those who care for them for over 15 years. I have gained many skills, knowledge, experience and met some amazing people who have contributed to my passion to develop and share best practice in dementia care. I believe that, each one of us should receive genuine compassionate support that enables us to live life to the full. My special interests are: creating environments and culture that support people living with dementia, meaningful engagement and activities and End of life care. In 2017, I set up `Made in Haslingden’ with my friend Jane. We are passionate about supporting people living with dementia and our community so combined the two. We run a community craft group and a Man Shed at Haslingden Community Link. 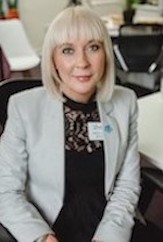 My passion and love for care is ever growing and I ensure that that is reflected in the service we provide here at Unique. First of all, it is of particular importance that we meet the individual needs of each client whilst also going above and beyond to further enhance their lives. We have developed our own model of care that focuses on achieving outstanding, effective dementia care that aids in slowing the process of deterioration down and creating a positive environment surrounding both the individual and family/friends involved. All staff are trained to a high standard so their knowledge can provide them with all the confidence and skills they need to deliver a certain standard of care to strengthen client experience.

Working in conjunction with Lancaster University, assisting in the new pioneering dementia research has intensified my strong belief that there is a better way to provide care with a more unique and Holistic approach. 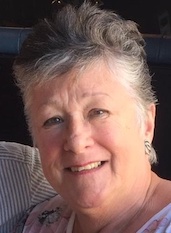 I founded the Garstang Memory Cafe because there was nowhere locally for carers and those living with Dementia to meet with others in a similar situation.
In a relaxed social atmosphere we exchange experiences, signpost those who attend to available services, but more importantly we have activities and speakers and outings to help promote a feeling of well being together with lots of laughter, the cafe is free to all
My personal experience of Dementia was my husband Alan. Who lived well with Dementia for many years but spent the last three in care
When he was diagnosed there was no support outside the clinic appointments and when he died and I had more time, I was determined that I would work to change that.
I am passionate about providing Dementia awareness to the wider public and promoting Dementia Research and Brain Tissue donation..